Languages continue to go from strength to strength at Highcliffe School as the former Language College wins the first national Mexican Day of the Dead short video competition!

The Spanish department responded to a call for submissions from the Mexican Embassy in collaboration with Dr Jane Lavery from the University of Southampton’s Modern Languages and Linguistics department. The aim of the initiative, which is informed by Dr Lavery’s research on the Mexican Day of the Dead, was to encourage participants to learn through active creative hands-on engagement about this fascinating festival, celebrating cultural differences and inclusivity, as well as highlighting that Día de los muertos is not a ‘Mexican Halloween’.

Year 11 Spanish masterclass students curated the altar, which they decided to dedicate to Her Majesty Queen Elizabeth II. Following Dr Jane Lavery’s research-led workshop, they designed the elements that they wanted to include, under the guidance of Assistant Subject Leader, Clare Shephard. This was the first time that the department had been involved in such a project. All Spanish classes from Years 7 through to 13 got involved in the project creating paper cempasúchil flowers, papel picado, calavera skulls, corazones de milagro, nichos and writing satirical calavera poems. Some of the materials were sourced from the Dorset Scrapstore in order to comply with the competition’s recycling requirements. The Year 11 students then put the altar together including pictures of the Queen, her favourite foods of chocolate and afternoon tea and other traditional elements.

This competition success continues a bumper 2022, which saw A level Spanish and French students go on to read languages at Oxford, Cambridge, Exeter universities and the University of London Institute in Paris. More than three quarters of the current year 13 Spanish cohort have also applied to continue their studies in the language at university in 2023. We are proud to be bucking the national trend of a decline in the popularity of languages!

Please see the link to the video below: 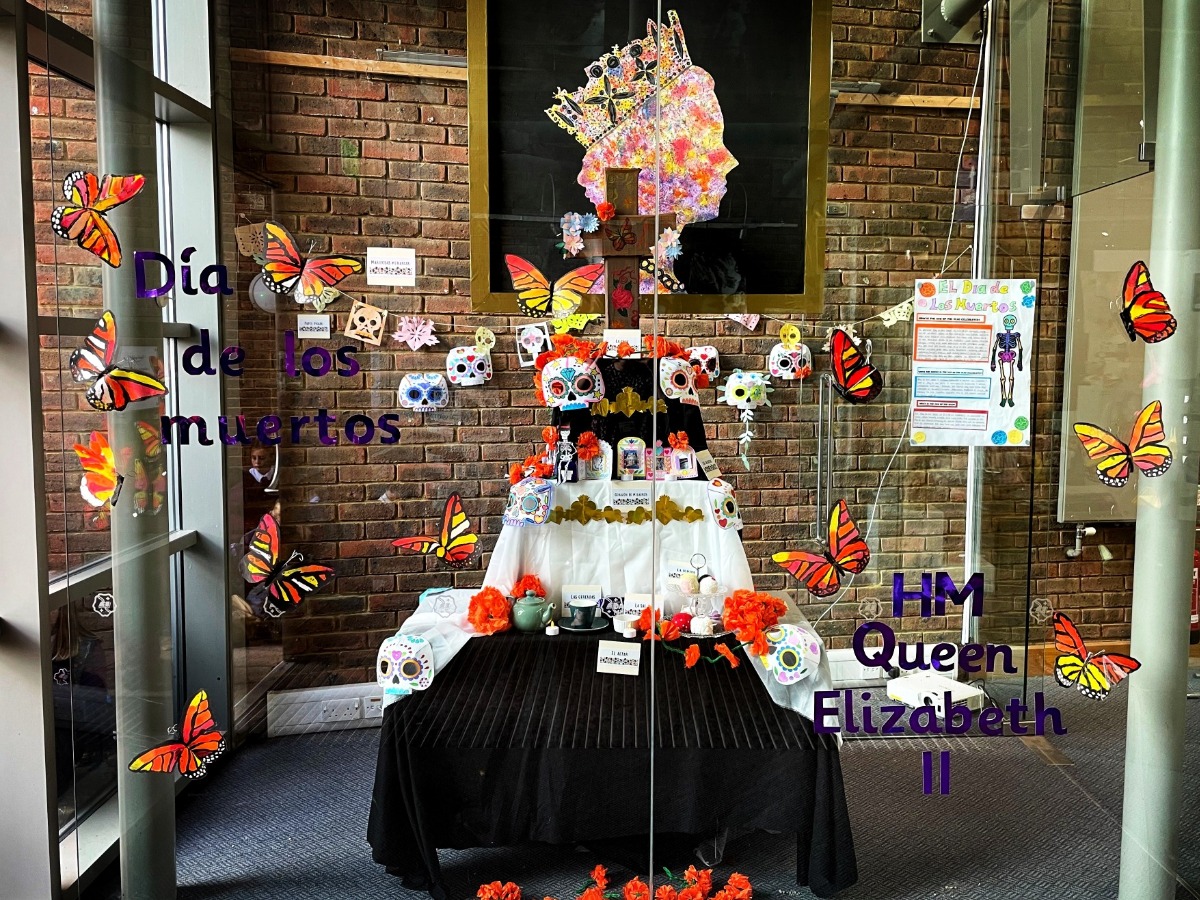 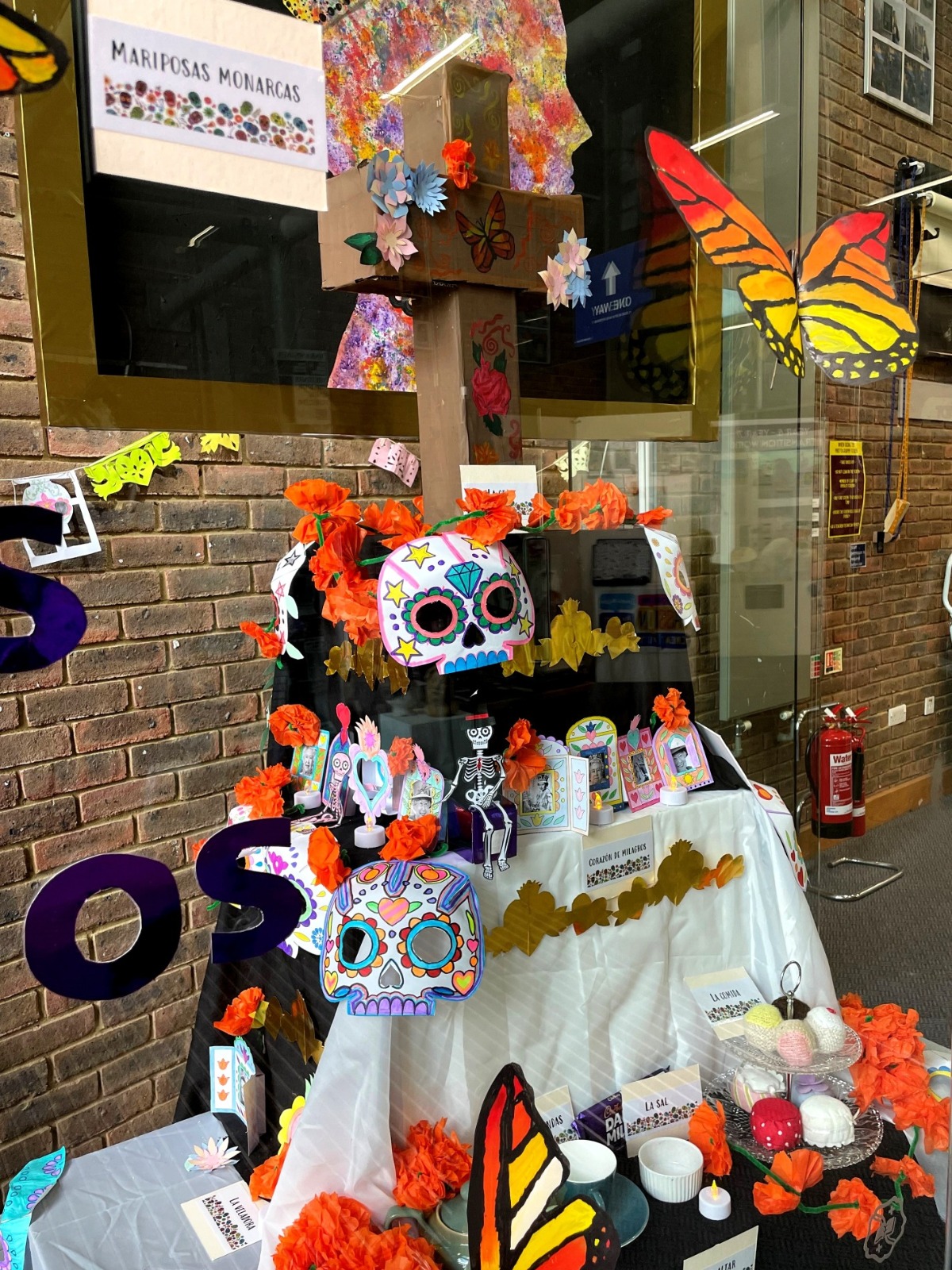