On Friday 19th November, Paralympian athlete Aaron Phipps inspired Year 7 students with a lively, upbeat assembly which left everyone feeling really motivated that they could achieve their own personal goals…and more! 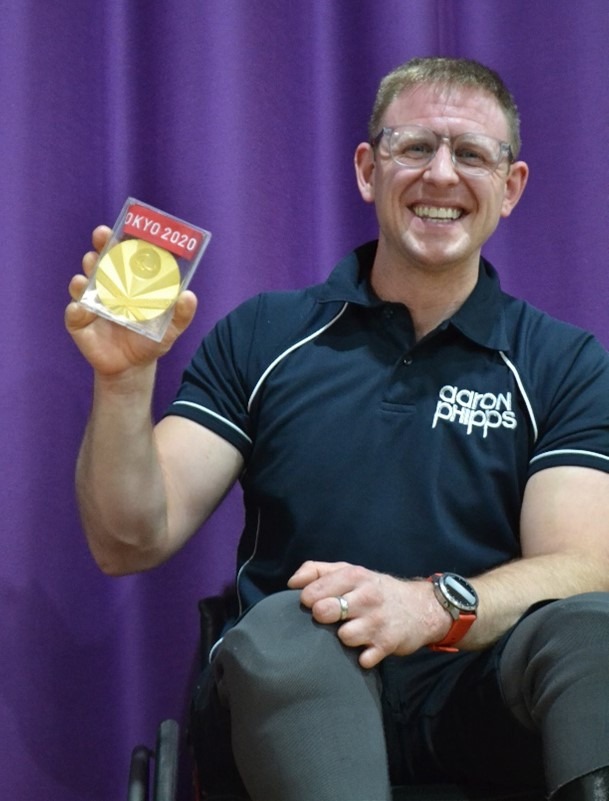 Here’s some quotes from students about their experience of meeting him.

“He is a true champion. However, the part that stirred me the most wasn’t all his accomplishments but why he accomplished them: from raising money for charity to letting his family watch a Paralympic Games, he always had someone else as his motives. And that gold medal he carries, it’s a token of resilience, that even after losing two of your limbs you can achieve higher than you ever dreamed.” - Toby

“He told us how we all have choices, and we can do anything we put our mind to. I feel inspired by him and will make an effort to make good choices.” – Grace P

“I think Aaron Phipps is really inspiring because even though he is an amputee, it did not stop him from doing great things and pursuing his dreams. He also has really supportive and great family and friends to help him through his journey. He has amazing determination as he managed to be the first double amputee to climb a mountain successfully even though he was in pain and his knees were bleeding half way through. He shares his story with many many schools and people, which shows that he is passionate about his sport and about inspiring young minds that you can do anything you put your mind to.” – Loque

“Him showing us his GOLD medal was amazing, and that just proves that even with a disadvantage you can achieve anything! Even with the extreme heat in lockdown he was still resilient and carried on training. Aaron Phipps is very INSPIRING and extremely brave.” 😊 - Anna

“Aaron Phipps is one extraordinary man who has accomplished many major key milestones on his path to greatness. His mindset is all about what’s important not money or fame, After nearly 18 years of hard work, dedication and sacrifices his team goes on to win gold in the Tokyo 2020 Summer Paralympics. After being with the Paralympics for that long his true team at heart is his family.” - George

“I found the assembly with Aaron interesting as we learnt about his life. It was remarkable that life as he knew it was turned on his head due to an infection called meningitis. This affected him severely and he lost parts of his body. I cannot imagine what that must have been like. I am not sure that I could have picked myself up, and become an Olympic gold medalist, after such an ordeal. However, Aaron did just that and taught us all never to give up and to seek new and challenging goals. His first Olympic games was postponed due to COVID, so all his training had to be put on hold until the Olympics were allowed to resume. It was clearly worth the wait, when he brought gold home. I hope I will always remember his story to remind me how important it is to face challenges with determination.” – Constance

“We learnt lots from Aaron Phipps but the key thing was that that if you are going to do something you must do it as well as you possibly can.” – Ava

“Aaron Phipps came to the school and he was in the Paralympic games and I was inspired to be like him and to go in the Paralympics and try and bring back a medal for Great Britain.  I also have a disability so I thought that nothing could stop me because he shows that nothing can stop him. Sometimes I felt like I couldn’t do some things when I was younger but what he said made me think that I could do those things.” - Jack

“I enjoyed the assembly because if you ever go down or suffer from any life threatening diseases you should make the most of your life and never give up and always try your best at everything you do.”  – Harry

“Aaron Phipps is an incredibly inspirational person and nothing got in his way.”☺️☺️☺️ -Abi

“AARON PHIPPS WHAT AN INSPIRATION!!!” “Aaron is also inspiring because in the Tokyo 2020 Olympics he won gold and none of his family was allowed to fly and come and watch him, because of Covid. He kept training in lockdown when he wasn’t allowed to use any of the good training equipment and he had to just wheel chair around the park. But he didn’t give up, he persevered.” – Lucas

“Aaron Phillips has motivated me to overcome my challenges and that anything is possible, so after that assembly, every time there is something I can’t do, I think to myself? What would Aaron do? Because he had meningitis and so did I, I think that anything possible. His assembly inspired me that I can do a lot of good things, I liked that he described his life for us so we could get a feel of what it is like to have no legs, also he described what it was like to train and play for team GB. To Aaron, If you ever read this, thankyou for doing that assembly, it has really inspired me.” – Ted

“This was really inspiring to see as Aaron had a major disability but he overcame every obstacle that came in his way. He taught us about perseverance and how you need to just stick at doing something to really prevail at it. We will take from this, that when things look like they are tough and overwhelming there are people in the world that have overcome much more.” – Owyn

“You would think getting meningitis at such a young age would be impossible to recover from, but no, Aaron Phipps made it to the Paralympic games! The next thing he went on to do, was to win an amazing gold medal at the Paralympic games in 2020! In his free time, he goes around to schools, to teach everyone to not give up, and keep going for your dreams.” – Zac

“Aaron is an incredible brave man that always inspired people to never give up, I love that Aaron never wanted to give up and always kind of looks on the good side… and not the bad side all the time!” “I really enjoyed meeting an inspirational Paralympian, Aaron Phipps, because he was so open about climbing his way to a gold Olympic medal. I really found fascinating his amazing yet very challenging life story, from how he was rushed to the hospital, having climb up a mountain, having 2 children and many more incredible life experiences. Overall, it was a massive pleasure to have met the awesome Aaron Phillips. It made me realize that everything is possible in life if you set your mind to it.” 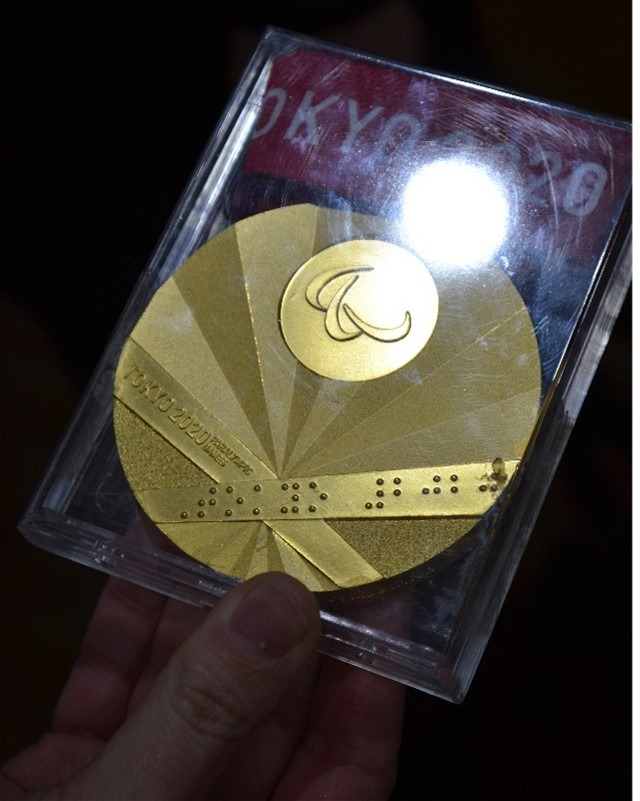