When Highcliffe School decided to refurbish the existing remote control car track, it became clear that they needed help – a lot of help!

A tentative request for advice and help was sent to Dorset Model Car Racing Club and we were delighted to receive an enthusiastic response from the chairman, Alan Bolt. What then transpired was simply amazing and a credit to the club and its members. Over three Saturdays the members worked tirelessly with a great deal of enthusiasm and expertise in equal measures. Thank you so much: Steve Elford, Jake Elford, Daryl Squires, Michael Bolt, Ron Bolt, Alan Bolt.

Not only did they do a sterling job on the track, but they also sourced the remote cars for us too. The cars were purchased after some superb negotiation (as we were a school). Alan and Steve were determined to get us a great deal – which they did; the stores were generous to say the least. Huge thanks to Tony’s Tamiya Ltd and The Hobby Company Ltd, UK distributor of Tamiya. The members did not just stop there though and walk away; they bought the cars in kit form as it was more economical and then spent their own time building and painting the kits! (Extended thanks also goes to other DMCRC members Michael Bird, Graham Flicos, Mark Ivey for their donations, help and support with the kits).

Wednesday 9th June saw the launch of the Year 7 club. The cries of excitement and WOWs coming from the students was uplifting as they ran to the back of the Da Vinci building to participate, and this made the hard work worthwhile. They were completely blown away by the cars and loved practising a figure of 8 before progressing to the track. Dorset Model Car Racing Club attended to oversee the start and made the launch even more special.  The club is now running over three lunchtimes such is the interest and eagerness of Year 7. I think the pictures portray the fantastic reception the club received.

It is the 25th Anniversary of Dorset Model Car Racing Club and due to the pandemic they are currently looking for a new home – if you can help to accommodate their indoor rc track or are aware of venues for hire, such as Sports halls, warehouses, village halls etc, please contact the chairman (email; dorsetmodelcarracingclub@gmail.com). 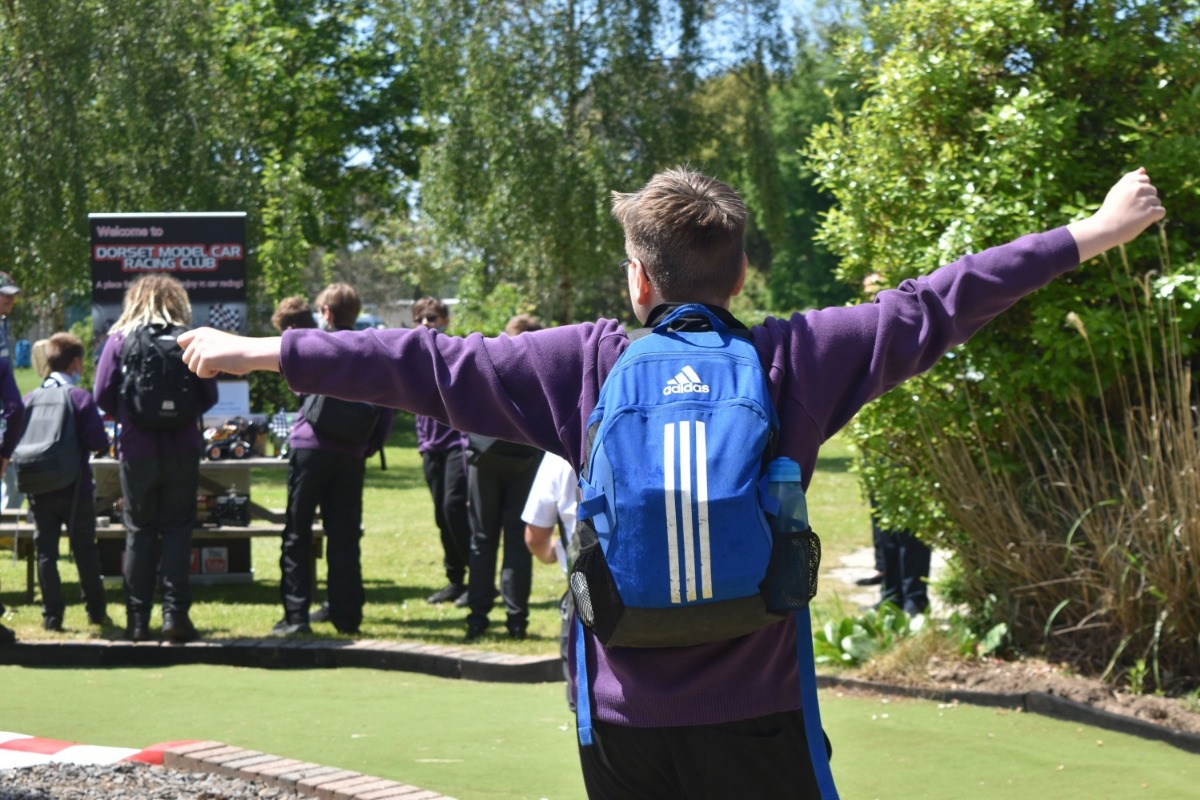 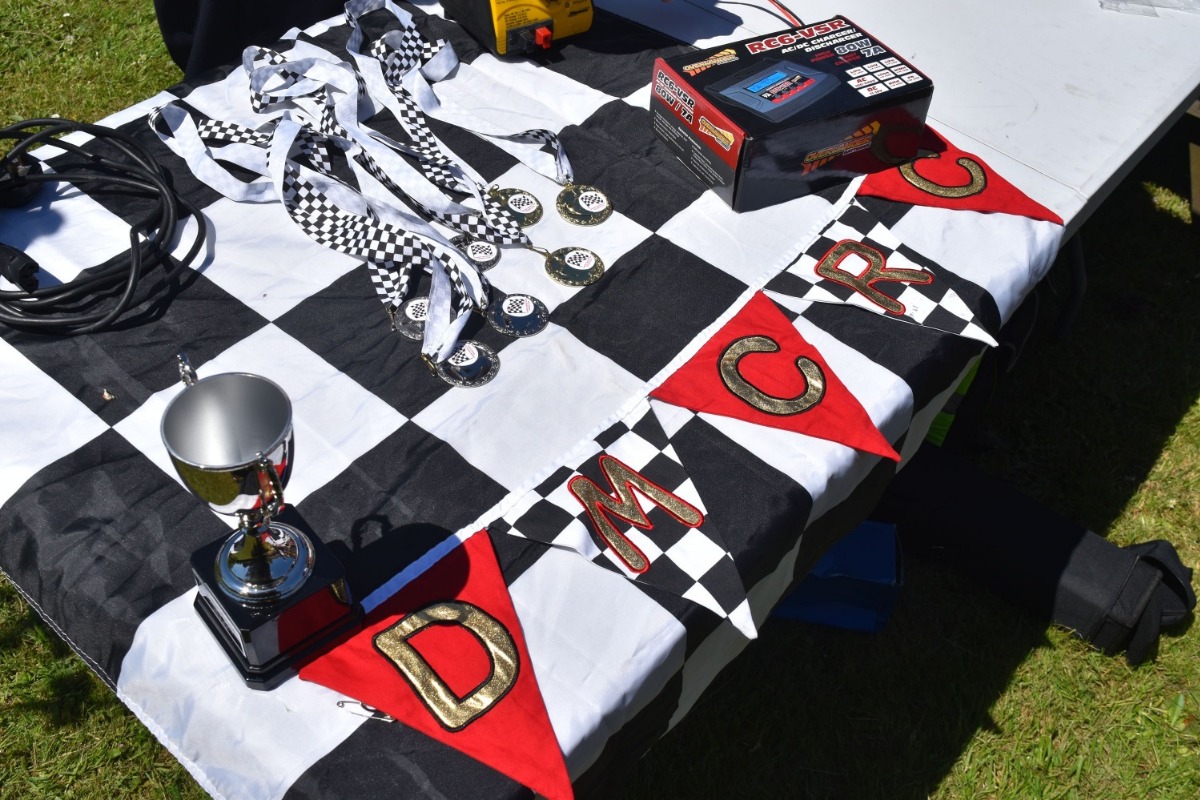 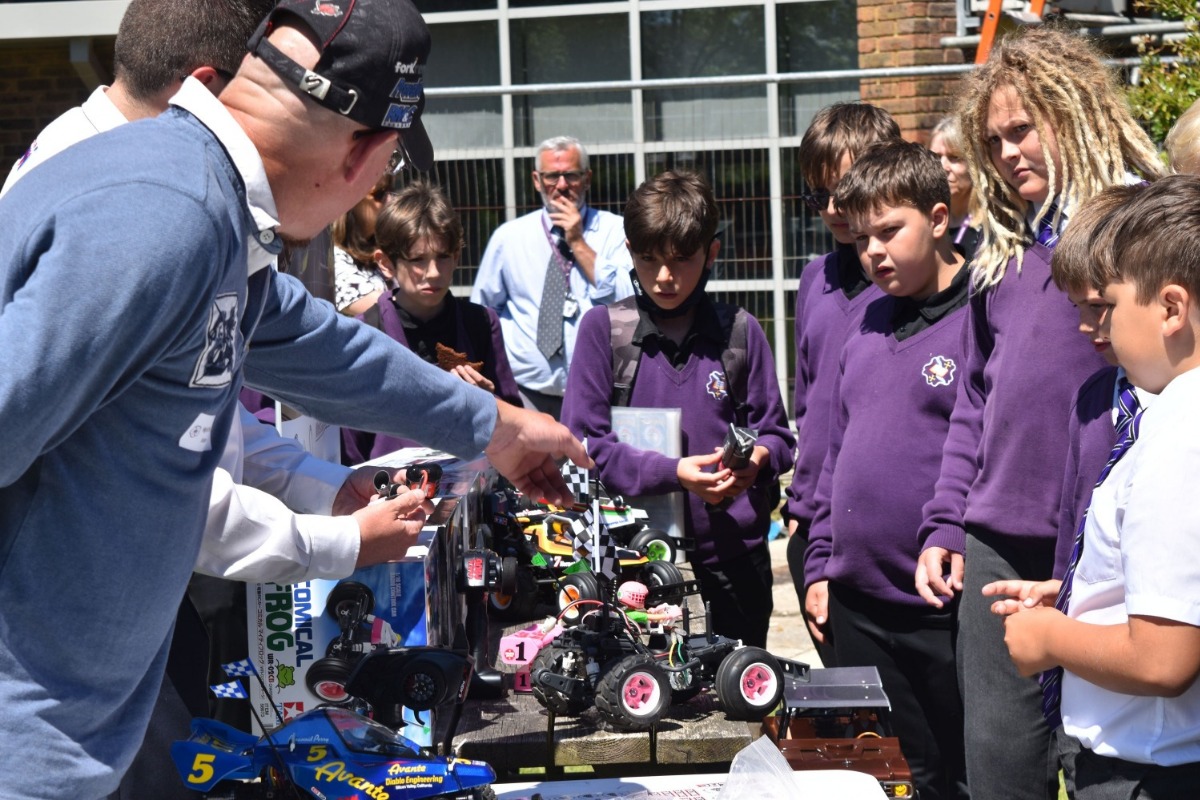 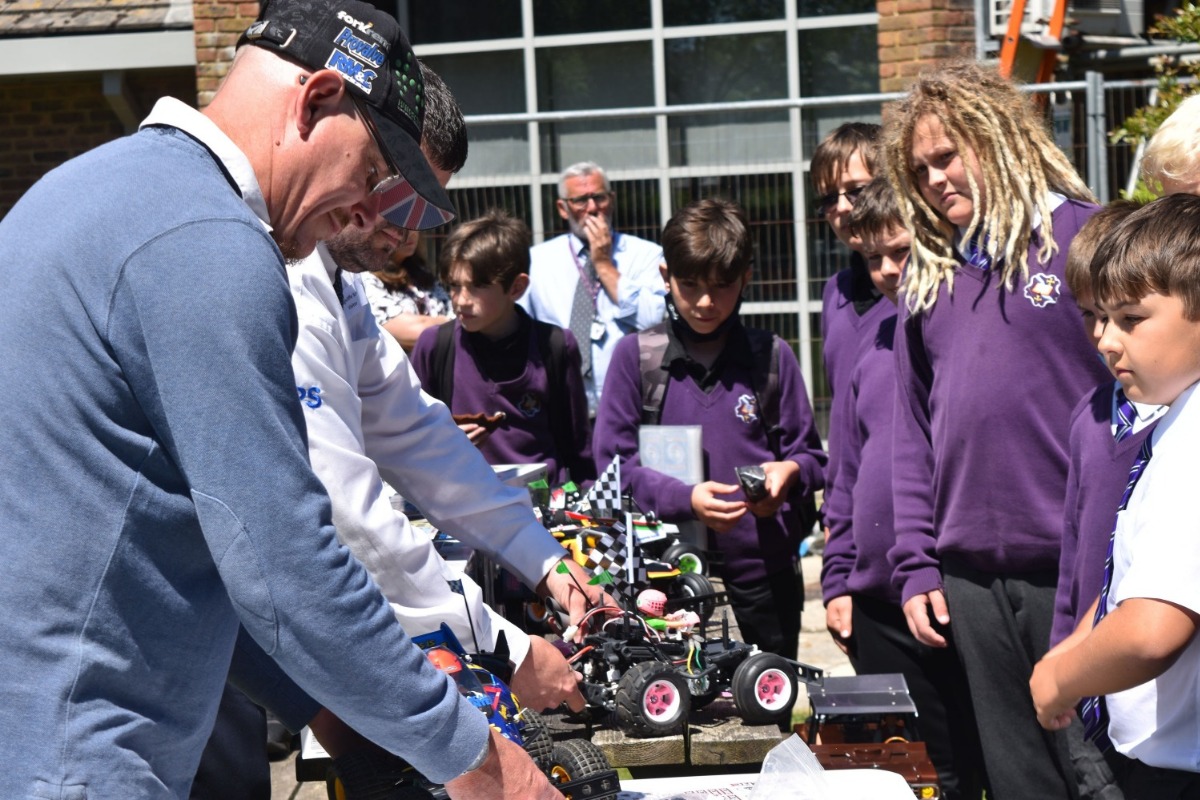 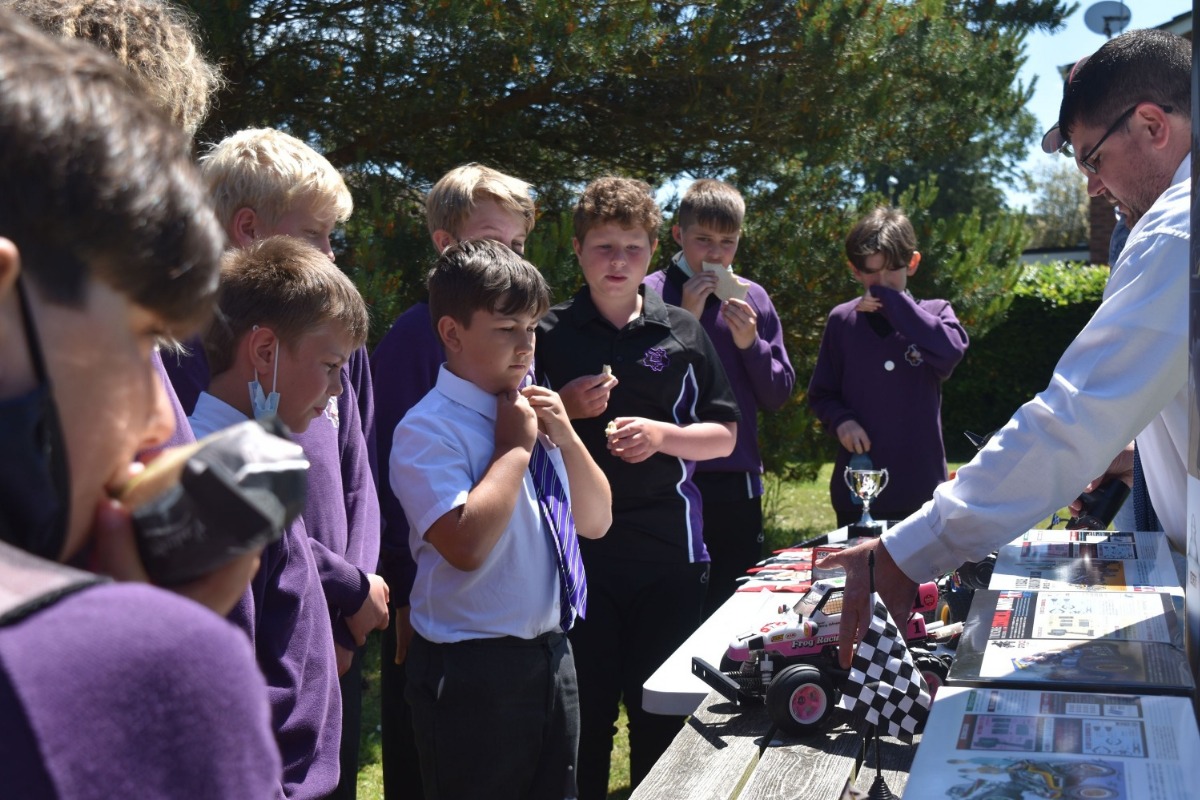 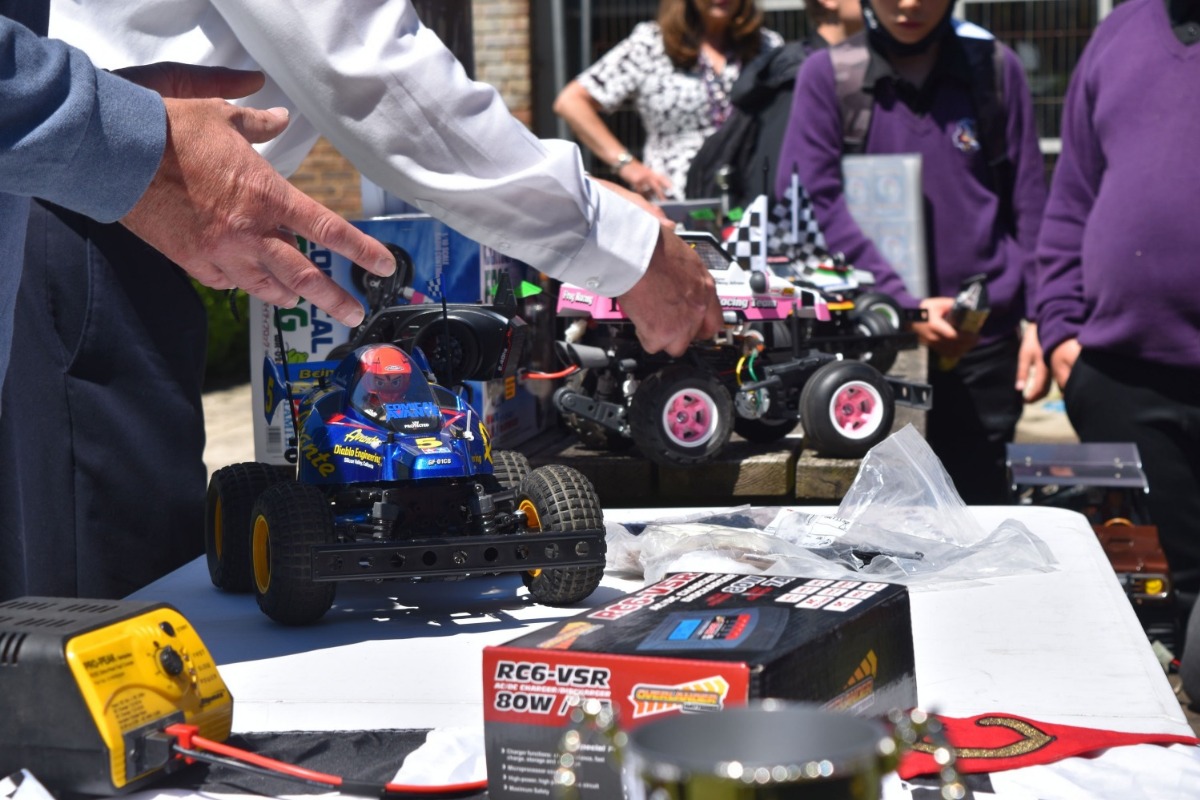 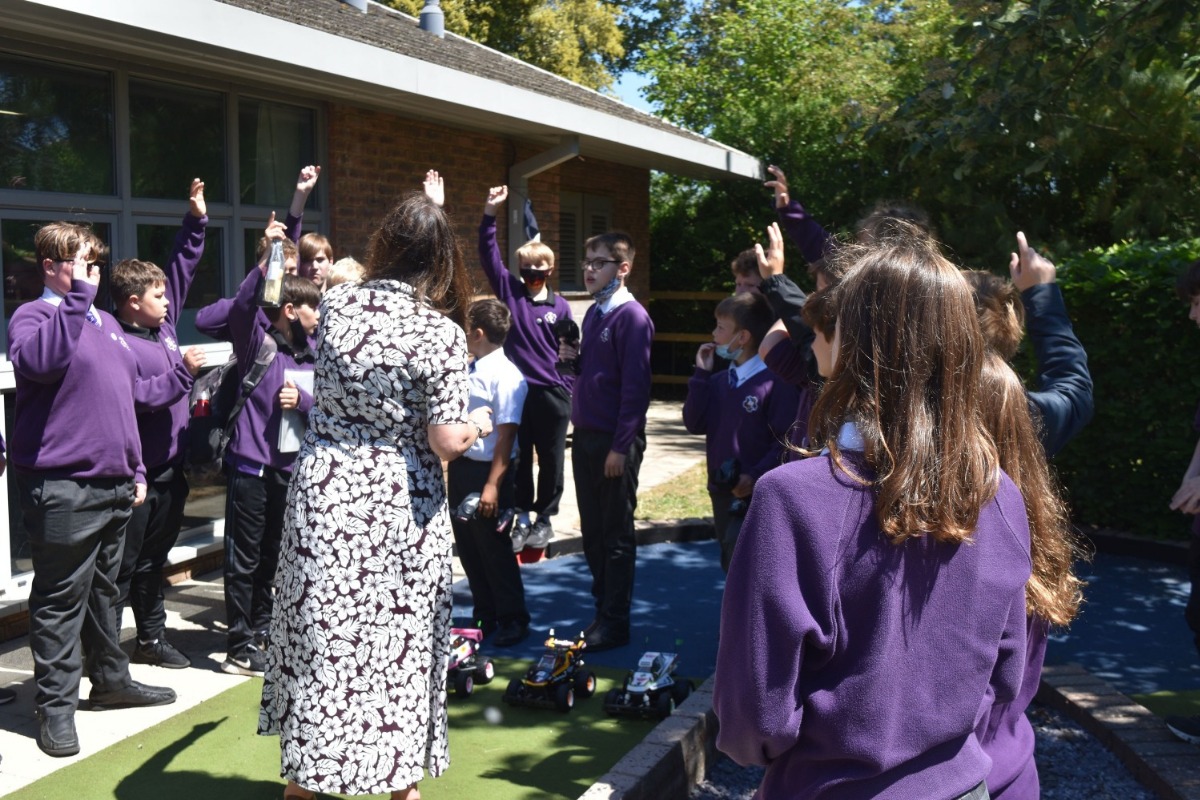 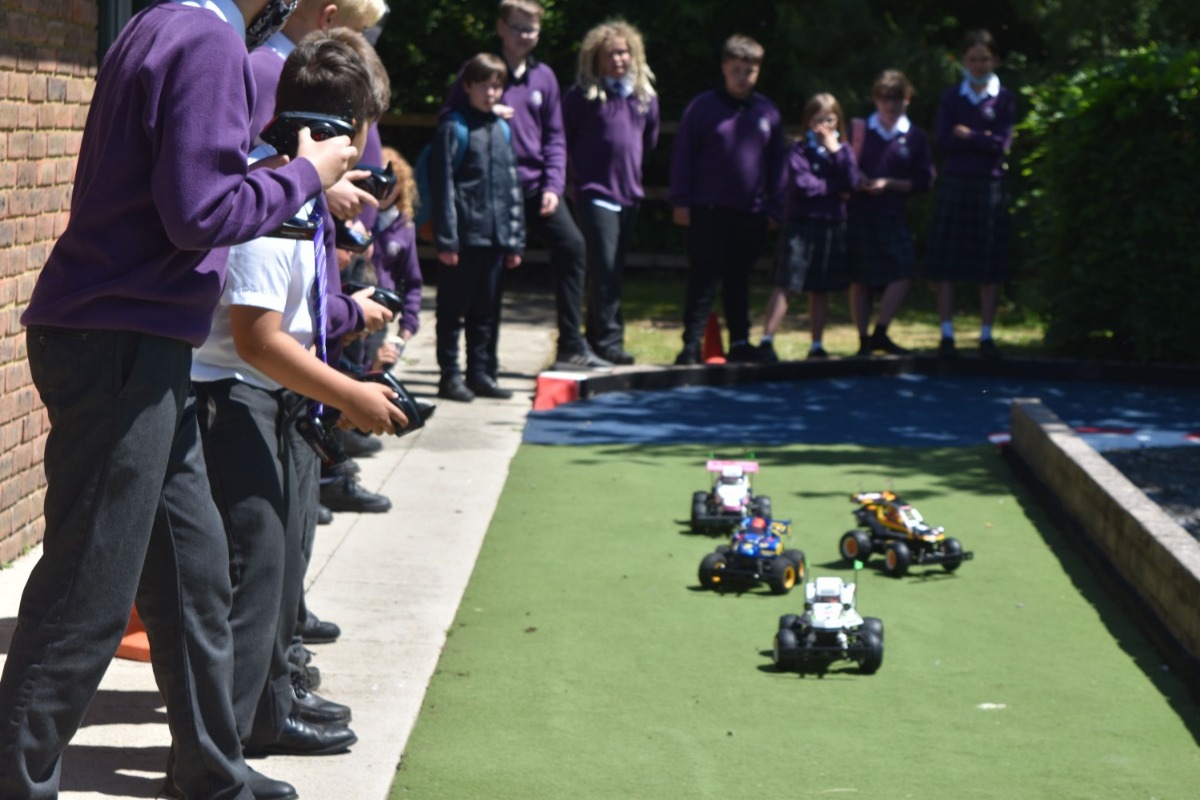 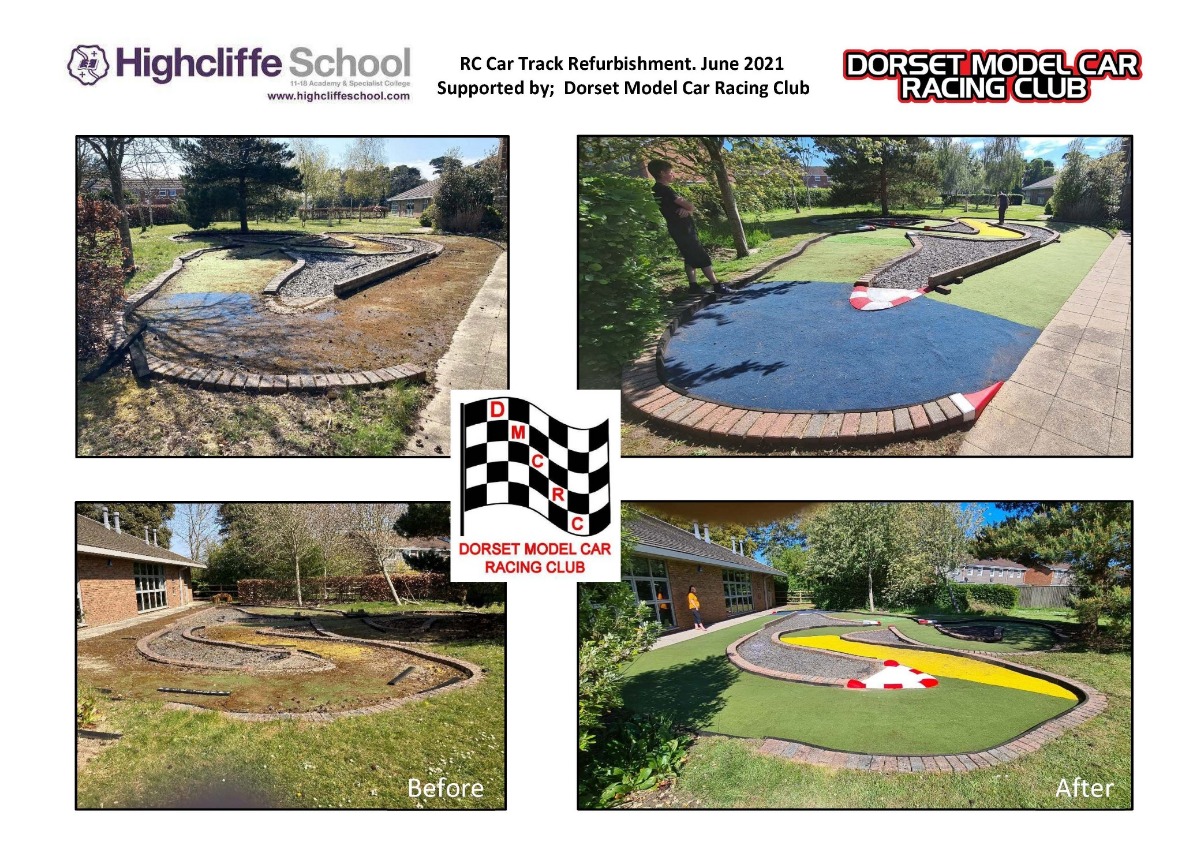