"My week began with the BSO Participate team running a GCSE Set Works LIVE Concert; music through time, from Baroque to modern film music.  This concert involved performances from both the BSO and GCSE students and included a solo performance of Beethoven’s Piano Sonata No. 8, Pathetique - which was truly inspiring.  The concert was held at South Wilts Grammar School for Girls and involved a number of different schools from the surrounding area.  After the event I was tasked with writing a review and critique for the Participate team to assess the workshop.

I would highly recommend this work experience placement to aspiring musicians as the week also included the completion of an Arts Award, entitled Bronze with BSO.  This award is designed to support young people to grow as artists by exploring the world of a professional orchestra.  Completion involved attending and reviewing a concert, researching a musician, as well as planning a project of my own and recording all the information in my own Arts Award portfolio.  As my chosen musician, I chose to study Anna Pyne, Principle Flutist with BSO and I was fortunate enough to have the opportunity to interview her in person!  It was fascinating to discover her own musical inspiration, William Bennett, with whom she studied at the Royal Academy of Music.  He later asked her to become his guest Principle Flutist and soloist with his Orchestra in London.

The main part of my week was spent with the Participate Team, who organises charity events, such as their Chamber Orchestra performances within Care Homes and Schools.  Participate also organise events for the BSO Resound Orchestra which is a professional disabled-led ensemble made up of musicians led by James Rose, BSO Change Maker and Conductor.  BSO are the first professional orchestra in the world to form an ensemble of musicians with disabilities.

I was also given the opportunity to develop my knowledge of what goes on behind the scenes in an orchestra within other areas such as Marketing, Library and Communications.  Within the communications department I was asked to write a newspaper article about the BSO’s upcoming performance for Richard Strauss’ Opera ‘Elektra’ which they will perform in March this year at the Birmingham Symphony Hall.  I discussed the appearance of Catherine Foster in her first UK operatic performance in 20 years and was complimented on my writing by the BSO Head of Communications!

One of the highlights of my week was watching Kirill Karabits conduct full orchestra rehearsals of Beethoven’s Symphony No 1, Stravinsky’s Violin Concerto and Beethoven’s Symphony No 3, ‘Eroica’ including Stefan Jackiw as the solo violinist.  It was an amazing and inspirational week and I definitely encourage future Highcliffe year 10 students to apply for the Bronze with BSO Work Experience placement.

The Bronze with BSO Work Experience was a truly wonderful opportunity to gain insight in to what it is like to be part of an Orchestra which serves the entire South and South West of England and has both a national and international reputation!" 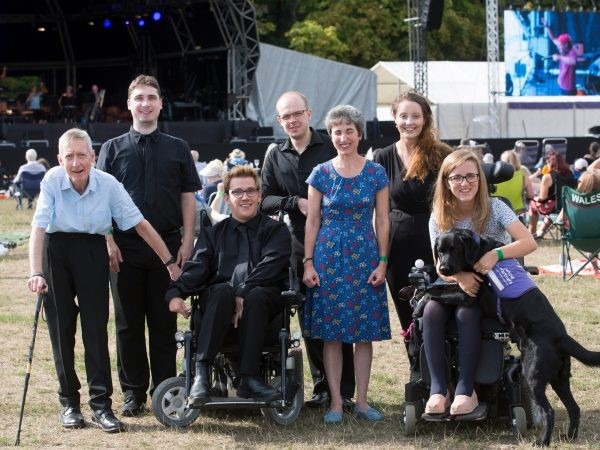